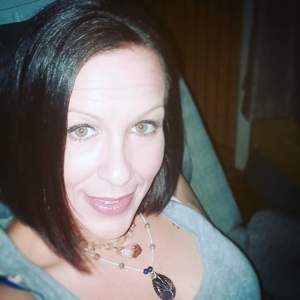 Well hello there and welcome to my blog!  I have just begun the most unwanted journey of my life of 34 years, so I decided to share it here for all of you.  Autoimmune disease has suddenly taken over my life.  Maybe you or a loved one is on this unfortunate journey as well.  Whatever has brought you here, I hope that my stories and struggles can help someone else to cope with another day.

I’ll start with the backstory…  In February of 2017 I was living the life in Las Vegas, Nevada.  Had a great job.  Awesome friends.  Loving family.  I had lost over 100 pounds and was the healthiest that I have ever been in my life.  Occasionally I noticed my fingers turning white when I would get cold.  I didn’t think much of it at the time.  I honestly thought that I had a pinched nerve or something of that nature.

In December of 2017 I moved my family to Florida to be closer to my family. I hadn’t seen my family in several years.  Almost immediately I started training for a 5k with my baby brother.  The episodes of my fingers continued.  In March of 2018, I got bronchitis.  I went to the local emergency department and was diagnosed, treated and told to follow-up with a primary care physician.  Being new here, I had to find and establish primary care, which I did.  During the first appointment with my primary care physician, I showed him the pictures that I had taken of my hands.  He loudly exclaimed, “Oh!  That’s Raynauds!  I’ve only seen that 3 times in my career!”  He sent labs to rule out other conditions.

Two weeks later I was quickly rushed into his office to go over the labs.  The doctor explained to me that I have an autoimmune disease and although he doesn’t know which one I have, it was time to refer me to a specialist… a rheumatologist.  Three months later I finally have my rheumatology consult.  I was a nervous wreck.  I really do not like going to doctors offices or hospitals.  I have spent most of my adult life avoiding just that.  The rheumatologist diagnosed me with fibromyalgia and autoimmune disease not specified and orders a host of labs.  I started to come to terms with the fact that I have an autoimmune disease and this chronic pain condition (which I had honestly long suspected but never sought medical advice for).  I even started to convince myself that what was going on was no big deal.  Lots of people live long and healthy lives with autoimmune disease, right?

When I returned to the rheumatologist for the follow-up on my labs, my whole world changed.  September 5th, 2018 I was diagnosed with not one, but two autoimmune diseases.  The first one is called CREST Syndrome, and is directly linked to my Raynauds attacks.  CREST stands for the symptoms of the disease: Calcinosis, Raynauds, Esophageal Dysmotility, Sclerodactyly, and Telangiectasia.  It is a limited form of scleroderma from what I’ve learned so far.  The second autoimmune disease that I have is called Primary Biliary Cholangitis (PBC).  This one scares the crap out of me.  Basically, my immune system is attacking the bile ducts of my liver.  This disease ultimately leads to cirrhosis of the liver and liver failure.  The doctor prescribed me some medication to hopefully slow the progression of the disease, but he told me that without this medication I’ll be on the transplant list in less than 10 years!  With the medication and depending on how my body responds I may have 20-40 years before I need a transplant.

I’m only 34 years old right now.  6 months ago I was in the best shape of my life training for a 5k!  I feel like I have never fully recovered from the bronchitis that ultimately lead to the diagnosis of 3 chronic conditions, two of which are autoimmune diseases.  At 34 years old I feel like I have been cheated out of the life that I thought that I was building for myself.  I have literally been grieving the loss of what could have been.  This is something that I don’t think anybody can truly understand without experiencing it first hand.  I’ve decided that the best way to deal with what I’m going through is to write it all here for the world to see and hope that somebody, somewhere is helped or inspired through my journey.

Or enter a custom amount

6 thoughts on “The Journey Begins”