It’s been awhile since I’ve posted an update, so I guess it’s time for one.  I’ve been quiet on here for a couple of weeks, but that’s really because of the Hell that my new medication has caused me.  My rheumatologist, Dr. Courtney, put me on Methotrexate, which is low-dose chemotherapy, about a month ago.  This medication has caused nothing but chaos for me since the very first dose.  To say that I hate to be on that particular medication would be the understatement of my life!  It makes me sick to my stomach, gives me nausea, makes me dizzy and just leaves me feeling generally unwell.  This past week’s dose left me with the most intense vomiting episode of my autoimmune life.  I thought that I was going to die from being that sick! 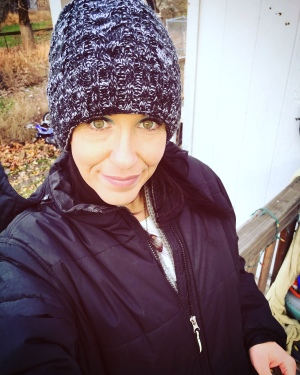 In addition to the unpleasant physical symptoms, my liver enzymes are now raised above the normal limits, which has not been a problem since I was diagnosed with my liver disease, PBC (Primary Biliary Cholangitis), back in 2018.  My liver enzymes were elevated within 3 doses of the Methotrexate and none of my doctors seem to be very concerned about it, but I am extremely worried about this new trend in my liver enzymes.  Part of me thinks that my doctors are trying to kill me!

This past week, I got my flu shot in addition to my Methotrexate dose, and I think that was a very bad idea on the part of my primary care physician.  I was as sick as a dog this week.  I think that it would have been wiser to do the flu shot after my weekly Methotrexate dose, rather than the day before my dose.  I paid dearly for that mistake.  I have gotten my flu shot every single year since diagnosis, but I have NEVER had such a bad reaction to it.  The only thing that makes sense is that the Methotrexate caused the reaction to the flu vaccine.  Ugh!  Being sick forever really sucks!

As always, Michael has had his hands very full with me and all of my issues that have been going on.  He’s in a tough spot as the only one that really notices and cares about my health.  Hell, he cares about it more than I do most of the time.  None of my medical providers seem to be very concerned with my issues, which is quite alarming in my opinion.  I’m tired of doctors that won’t listen to my concerns.  I’m sick to death of doctors acting like they know more about the disease that I’m living with every single day of my life!  And I’m tired of my husband having to be so damn stressed out about my health.  He loses sleep worrying about me and what my doctors are doing to me.  I can see it in his eyes every time that he looks at me.  When I was super sick this week, he was just about ready to drag me off to the hospital – poor guy!

Lately, I have felt even more like a burden to my family than I usually am.  I have required so much more care and attention and I’m tired of being the center of it all.  I just want to blend into the background, like a normal mom.  I want to be able to go and do all of the fun things with my family, I don’t want to just sit around and wait to die.  I want to be able to get out and live a life before I’m dead.  Is that too much to ask for?  I’m angry that I got sick so young and have to miss out on so much.  It’s just not fair!

3 thoughts on “Killing Me Slowly: A Rheumatology Update”